HomeNEWSUnknown details of Muhoho Kenyatta, the man entrusted with running the Kenyatta...
FeaturedNEWSPoliticsTrending 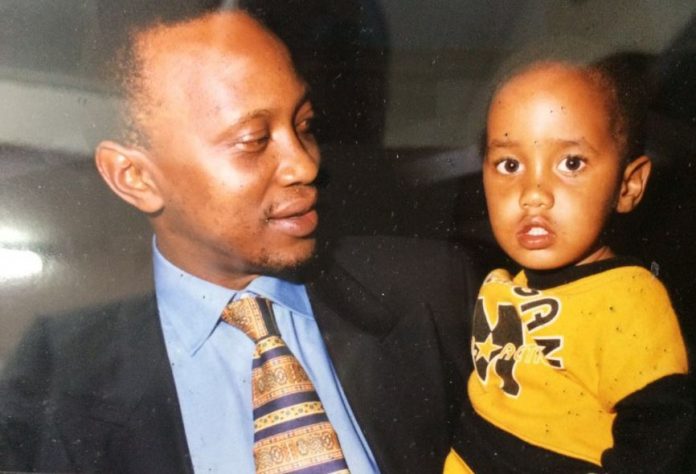 The Kenyatta Family is among the wealthiest families in the country and also in the African continent.

The family controls a multi-billion empire with interests in various sectors of the economy including agriculture, banking, real estate, hospitality, education, media among others.

In this segment, we have profiled Muhoho Kenyatta, President Uhuru Kenyatta’s younger brother who is charged with running the vast family empire.

However, he has stepped into the limelight on several occasions to handle matters that have had a national impact.

A report by Daily Nation on January 16, 2019, indicated that Muhoho undertook International Criminal Court (ICC) local and international legal research and defence work that was crucial in Uhuru’s case at the Hague.

He also played a decisive role in the backroom acquisition, refurbishment, and branding of The National Alliance party (TNA) and provided back-end operations for the TNA-United Republican Party (URP) coalition campaigns in the 2013 general election.

Further reports also indicate that he played a major role in the handshake between Uhuru and ODM leader Raila Odinga.

According to people close to Muhoho, he prefers quiet boardroom work but is always hands-on in all his operations. His leadership style has been lauded by many.

The father of three, two daughters and a son, is said to be a dedicated individual who spends half of his day at the Brookside Dairies Ltd headquarters in Ruiru.

He is said to be at ease with his employees both at the offices and at the farms, and during lunch hours, always invites them to share a meal with him.

“If for any reason his driver is not around or held up somewhere, he will just jump into his car and drive himself off to some appointment or duty. He has no airs at all,” a former employee told the Nation.

Muhoho is strict on time and methodical in his work. He does not entertain time-wasting during working hours by employees or his children.

According to reports, he does not leave his children behind when their mother is not around. He takes them with him to work and assigns them duties alongside employees.

“He has insisted his girls and his firstborn son, Jomo, now in the first year in college, learn how to milk cows and boil the produce for themselves. No one is allowed to go off idling during working hours.

“They join us in the factory packing milk, or the boy joins us on a tractor to cut and pack hay and maize in silos. He would speak to us and his children too in Kikuyu,” a former employee recounted.

Just like any siblings, he enjoys a great relationship with his brother, President Kenyatta.

“They are very tight. Muhoho often plays the master of ceremonies in family functions and respects his brother a lot.

“He calls him Mutungoria (the leader or boss). Any time he expected the President to visit him at the office, he would put everyone on alert by announcing “mututongoria ni aroka mwibange” (the boss/leader is coming, everyone be prepared,” an employee stated.

Muhoho is said to have had a passion for farming since he was a child.

“When children rattled off their list if wishes, Muhoho never hesitated to make it clear he wanted to be a farmer. We are not surprised he has become so successful and passionate at it,” a family friend who knew him from childhood stated.

He joined the family business in the 70s and 80s after graduating with a degree in economics and political science from Williams College, Massachusetts, USA. His passion for farming saw him transform the family farms into corporates.

In 1993 he helped found Brookside Dairies and has overseen the company’s rise to the leading milk and dairy products producer and supplier in Kenya and the region.

The company has since overtaken the Kenya Corporative Creameries (KCC) and acquired several other dairy brands including Ilara, Delamere, Molo Milk and Kilifi brands.

He is also in charge of the family’s stake in NCBA Bank.