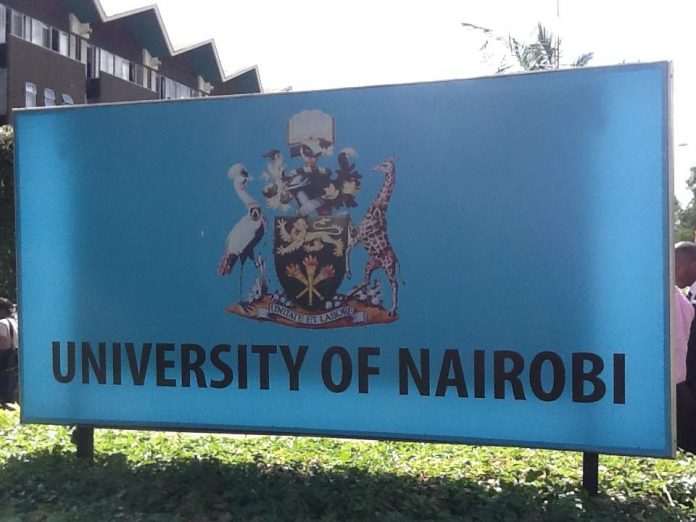 A family is distraught after their 24-year-old kin went missing without a trace on December 31, 2021.

Speaking to media on Thursday, the father of the University of Nairobi (UoN) student, Kennedy Avomba, said he suspects his son, Johnson Waiti, was shot by people believed to be police officers.

“If he was shot by mistake, say it was a case of error in identity. It is ok. Why hide him? Bring his body to us to bury,” said the bereaved father.“At this point, all we want is closure. If he is dead, we will accept.”

On the material day, the business management student is said to have stepped out of his father’s house in Kayole. It was around 9 pm.

He told the watchman that he was leaving but did not mention where. He left his phone and laptop behind, the television set was still on.

That was the last time he was seen. The rest of the family was in the village for the festive season but Waiti had decided to stay behind to prepare for his examinations which he was set to sit for in the second week of January.

His father sent him a New Year’s message and called him but Waiti did not respond to either.“I know my son. He can’t fail to pick my call and ignore or fail to reply my message,” he said.

The next day, the father called on neighbors to start the search for his son which has not been successful to date.

“We have combed through all police stations, emergency sections of major hospitals and mortuaries in Thika, Kiambu and Nairobi but we have not found him,” Avomba said.

The only place the family has not visited is Yala, Siaya County where police have so far retrieved 19 bodies, two of which were positively identified on Thursday.

Avomba disclosed that there is said to have been a shooting on the night Waiti went missing but it has not been recorded at any police station.

“After asking around, it emerged that people believed to be police officers using a private car shot a young man in a shopping centre and carried him away. The shooting was not recorded anywhere, including at Kayole police station,” he said.

He did, however, mention that he has a strong feeling that his son was shot on the said night but will not rest until he lays his eyes on his body.