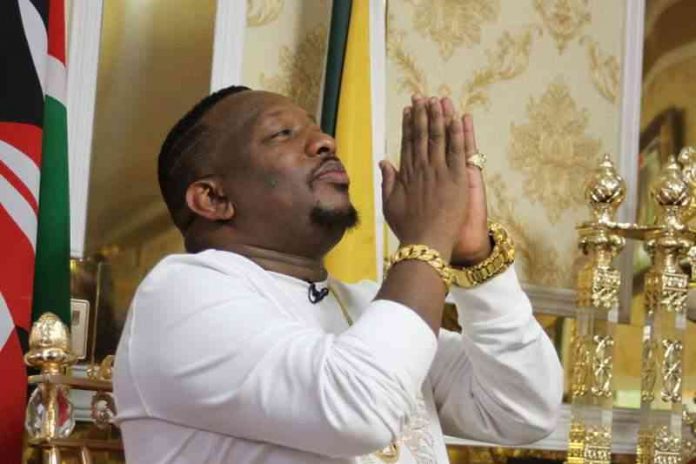 Mike Sonko is a man with nine lives. Literally.

After impeachment in Nairobi where he was hounded out of office on abuse of office, and corruption among other charges, he now has another lifeline.

It is now confirmed that he will be on the ballot for the Mombasa Governor’s race after weeks of push and pull in the corridors of justice.

Sonko was cleared by the Independent Electoral and Boundaries (IEBC) on Thursday in compliance of a High Court order following a petition that sought to bar him from seeking an elective post citing Chapter Six of the Constitution over the impeachment in Nairobi.

“I am on the race and I am confident I will win,” Sonko told reporters after getting the IEBC nomination certificate, “I am happy that our courts are effective.”

He was flanked at the press conference by his running mate Ali Mbogo who dared their opponents to prepare for a major political battle ahead.

“We have now been cleared and we have been handed the certificate. What remains is gazetting which we know will be done with timelines,” Mbogo said.

Sonko who is vying on a Wiper ticket will battle it out with Abdulswamad Nassir of the Orange Democratic Movement (ODM), Hassan Omar of the United Democratic Alliance (UDA) party, William Kingi of Pamoja African Alliance among other contenders.

The order to IEBC to clear Sonko was issued by a three-judge bench of the High Court consisting of Olga Sewe, Ann Ong’injo’ and Stephen Githinji.