HomeBUSINESSMeet Kenya's richest man who had a nose for quick cash, escaping...
BUSINESSCrimeFeaturedNEWSTrending

Meet Kenya’s richest man who had a nose for quick cash, escaping trouble 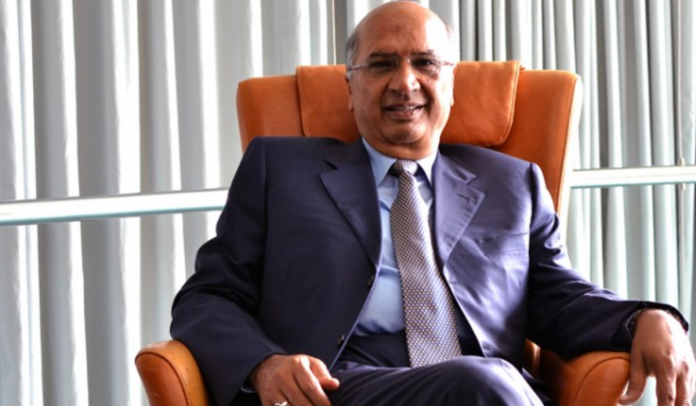 The late Naushad Merali was a shrewd investor who could instinctively tell when a business was on the verge of collapse and jump out of it.

But the reticent billionaire also had a nose for a quick buck. As a result, his wealth has grown in leaps and bounds even as most of the companies he divested from have turned into shells.

Two weeks ago, a report by charitable organisation Oxfam ranked Merali’s son Sameer Naushad Merali – who controls his father’s estate – as the richest person in Kenya.

Sameer’s wealth is estimated at $790 million (Sh89.5 billion), more than enough to fund free day secondary and primary education for the whole of the current financial year ending June.

Sameer is the chief executive of Sameer Investments and chairman of Ryce East Africa and Nandi Tea Estates.

Bhimji Depar Shah is the second richest person in Kenya, according to Oxfam, with a net worth of $750 million (Sh86 billion) as at November 30, 2021.

Mr Shah is the founder and chairman of Bidco Group of Companies, and the father of Bidco Oil CEO Vimal Shah.

Other super-rich individuals in Kenya as at November last year included Jaswinder Singh Bedi, the managing director of textile firm Bedi Investments, whose net worth was estimated at $680 million (Sh77 billion).

Oxfam is not the only organisation to have ranked Merali as Kenya’s richest individual. Forbes Africa ranked him the richest Kenyan in 2015 with a net worth of Sh37 billion.

The industrialist, whose estate spans banking, agriculture, information technology, offshoring and infrastructure, died six months ago at the age of 70 after a short illness.

Through his holding company Sameer Group, Merali made his money by buying and selling shares in companies in various sectors.

“I like buyouts, I enjoy buyouts,” he said in an interview with a daily newspaper in 2005.

One of the buyouts that continue to make headlines was that of Equatorial Commercial Bank (ECB) which he sold in 2015 to Mwalimu Savings and Credit Society, a teachers’ co-operative, for Sh6 billion.

ECB, later renamed Spire Bank, turned out to be an empty shell, which the tutors now want to kill.

Teachers felt they got a raw deal, but they should have known better. Merali had a subliminal record of jumping from a sinking ship with an enviable loot.

After selling the bank to teachers, Merali withdrew his money from it–a fifth of the lender’s total deposits–setting off a run from which Spire Bank has never recovered.

The other of his buyouts that is not doing so well is East African Cables, which he sold to investment firm TransCentury in 2004.

Four years earlier, Merali had bought a majority stake in the cable manufacturer from the London-based Delta Electrical and Engineering at Sh6.80 per share.

He sold to TransCentury at Sh15 per share, at a time when the Kenyan market was beginning to be flooded with cheap imports of electric cables.

Today, East African Cables is struggling with a heavy debt burden, losses and a plunge in its share price by 92 per cent, trading at Sh1.20 by close of business on Friday.

Besides smelling danger from afar, Merali also had a good nose for a quick buck. He is reported to have made Sh1.6 billion in an hour, the biggest profit ever made in the shortest time in Kenya’s corporate history.

This he executed one day in 2004 when he purchased 60 per cent of KenCell (now Bharti Airtel Kenya) from the then-largest shareholder, French mobile firm Vivendi, for $230 million (Sh18.2 billion).

He would one hour later transfer this stake to Celtel for $20 million (Sh1.6 billion) profit, while owning five per cent of the telecommunications company’s wireless phone operations. At the time, one US dollar was equivalent to 79.2 Kenya shillings.

The deal started by Vivendi informing Merali that they wanted to dispose 60 per cent of their stake to MTN for Sh18 billion.

Merali was unhappy with the South African firm, and seeing that he owned 40 per cent of KenCell, he had preemptive rights to buy the shares from Vivendi. But he did not have the money.

Being the schemer he was, Merali got into an agreement with fellow billionaire Mo Ibrahim, the owner of Celtel at the time, who gave him a loan. He used the money to acquire Vivendi’s shares at Sh200 million more than what MTN had offered.

Waiting in the other room as he ironed out the deal was Celtel Group’s top administration.

After buying the shares, Merali went to the other room and sold them to Celtel for Sh20 billion, making a cool Sh1.6 billion profit.

In 1999, just after he won the KenCell tender, The Standard reported the existence of a strange entry in Sameer Group’s financial report.

“The most interesting aspect of the company’s financial report is the fact that shareholders last year received a dividend of Sh1,407 per share, something unheard of in quoted companies,” said The Standard.

This would have been possible if the number of shares were few. Otherwise, it reeked of artificially fattening a company’s value.

When President Uhuru Kenyatta decided to use a subsidy programme to deal with drought in 2016, manage price escalations and re-engineer his political campaigns, cartels were plotting one of the country’s biggest heists.

Under a duty-free regime set up on April 13, 2017, private individuals and agencies were allowed to import five million bags of non-GMO white maize while 22 animal feed manufacturers were licensed to import 450,000 tonnes of yellow maize valued at Sh10 billion.

In the end, importation of duty-free maize turned into a Merali family affair, with raw maize valued at Sh27.6 billion being brought into the country between April and September 2017.

This was way above the Sh19.6 billion limit that was supposed to enter the country through the duty-free window.

Hydery (P), which is based in Mombasa, is majority-owned by the Merali family.

The vessel that carried the cargo, MV IVS Pinehurst, is said to belong to a firm called Holbud based in the UK, which is run by Hasnain Roshanali Merali.

The government-subsidised millers by Sh431.9 million after selling to them maize at Sh2,300 per bag.

The Merali family pocketed Sh7.3 billion by selling Mexican maize to the government after importing it from Central America in record time.

Merali was born in 1951 to a modest Shia Ithnasheri family. He started his career as chief accountant in Ryce Motors, a car company that he would later buy.

In the 1970s and 80s, Merali bought a lot of American companies that were having difficulties due to the economic downturn at the time.

In February 2019, a curious case came up in court where a billionaire was swindled Sh10 million by a caller who mimicked President Kenyatta.

The court heard that the caller wanted the billionaire to give facilitation fees so that “State House” would assist in the purchase of a piece of land.