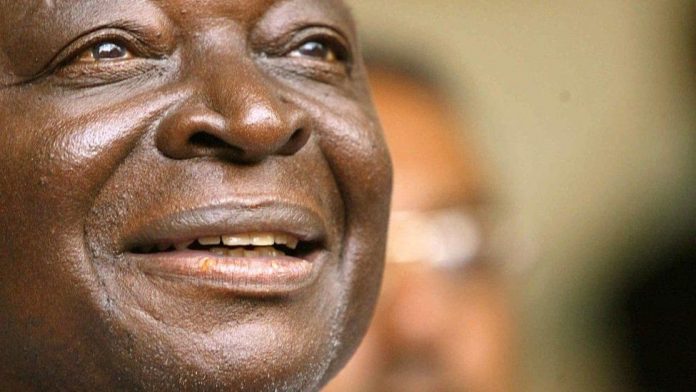 Have you ever been in the midst of a heist or in a dilemma to choose between what is right and wrong?, and both of them are Lucrative. That was Kibaki in 2008, in the middle of a heist were blood was oozing everywhere. He chose the correct tag, and that’s how our country moved on from rangnishing tribal wars,

One of the most clinical leaders, Decisions he made were well calculated and for the favor of all of Kenyans. That was Kibaki, the Man who was behind the GDP rising in Kenya. This alone made to Kenya become one of the fastest growing African countries in the world.

Emilio, we lack words to describe your leadership, it was indeed emulative, not authoritative and not one to joke with, you knew how to introduce light moments in your speeches, at least one would go with a stitch at home after attending public rallies, indeed a leader of his time. that is Mwai Kibaki.

Rest easy Legend, as you have not died, but you have stood tall.