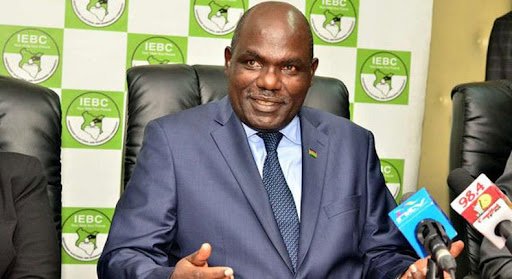 The Independent Electoral and Boundaries Commission (IEBC) has dashed the hopes of presidential aspirants who were edged out of the race after they failed to meet the 48,000 signature threshold days after the court termed it unconstitutional.

The electoral body’s legal advisor Crispin Owier maintained that IEBC will no revoke the presidential nomination exercise despite the court judgment arguing that the law doesn’t work retrospectively.

“As you well know the law doesn’t act retrospectively, if it did then the judge ought to have specifically ordered and directed the commission to register those persons who didn’t qualify for want of compliance with those regulation,” he stated.

IEBC is expected to file a stay order at the Court of Appeal to halt the execution of court ruling outlawing the signatures threshold requirement for presidential candidates.

The electoral agency held that the judgment by Justice Mrima is not sound and not grounded on the constitution.

“The commission believes it’s not a well grounded judgment based on constitutional principles and the provision of the elections act,” Owier stated.

Thirdway Alliance party leader Ekuru Aukot who was one of the candidates had pushed for the resignation of Independent Electoral and Boundaries Commission (IEBC) Chairman Wafula Chebukati for failing to clear him and other candidates based on “unconstitutional regulations”.

The poll body chairman Wafula Chebukati denied claims that he is overseeing the preparation of the polls in an unconstitutional manner saying the commission is guided by the law.

Aukot  wanted the ongoing preparation for the presidential race quashed and the nomination exercise of presidential candidate started afresh.

“The unconstitutional presidential nominations of Raila Odinga, William Ruto, George Wajackoya, and Mwaure Waihiga be immediately quashed and the presidential ballot printing be shelved until a proper nomination exercise is carried out,” he stated.

According to Aukot, Chebukati is unfit to oversee the 2022 general election having presided over the 2017 polls that was nullified by the Supreme Court which he says resulted to loss of taxpayers’ money.