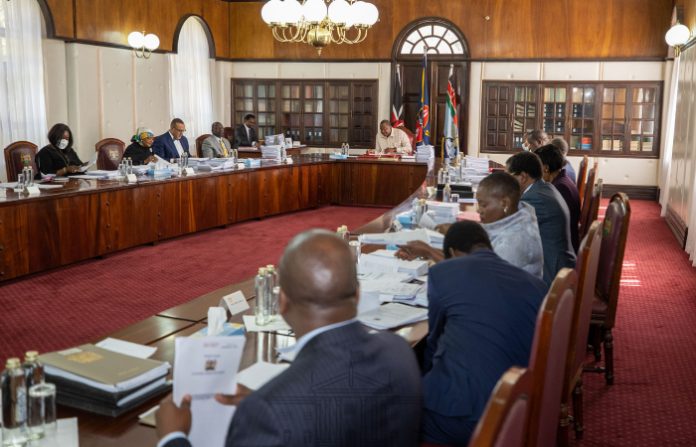 The meeting State House says will discuss several matters of national and international importance. This meeting comes after claims that the President had not convened the meeting for over a year.

DP William Ruto for the umpteenth time has complained that he has not attended the meeting since his powers were stripped off and given to Interior CS Fred Matiang’i.

The meeting comes amid rising political pressure and evident malice between the President and his Deputy. DP Ruto has taken a swipe at the President over a number of government projects and his handshake with Azimio-One Kenya flagbearer Raila Odinga.

The Deputy President has accused the handshake of slowing down and changing the Jubilee government’s big four agenda to suit their needs.

DP Ruto will also be facing some Cabinet Secretaries who have gone bare-knuckles at him for trying to paint the government as ineffective and his boss President Kenyatta who during Labour Day celebrations asked him to resign and let him look for a person who can assist him deliver ‘Wanjiku’ Jubilee government’s campaign pledges.