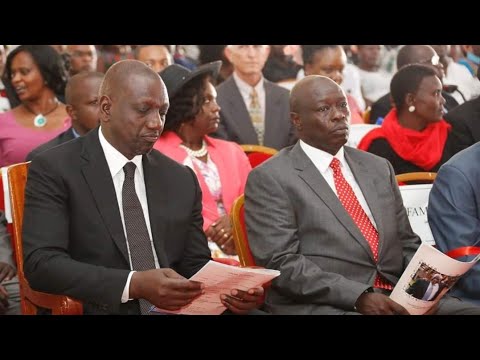 Days after the announcement of the UDA-ANC party alliances, a section of leaders from the central region have come up urging the deputy president to honor his promise and choose a deputy president from the region.

Speaking to the media Kirinyaga governor HE. Anne Waiguru urged the deputy president to choose his deputy from the region. This is because pressure to elect one had mounted up.

Affirming this nominated senator Isaac Mwaura told UDA party leader, that it is high time for him to return a hand after the massive support he had received from the area. He argued that it was high time the president should return the favor bestowed in him.

The UDA-ANC coalition had led to the destruction of the OKA stronghold. Rumors have it that the defected candidates, i.e Wiper party leader Kalonzo Musyoka and his Kanu counterpart mr. Gideon Moi are working on joining forces with Raila Odinga