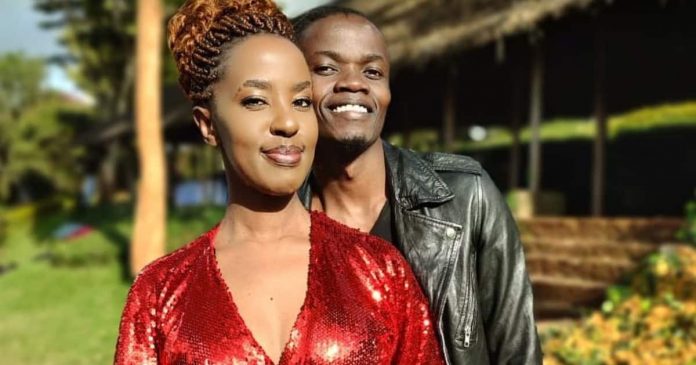 Former Machakos First Lady Lilian Ng’ang’a finally decided to give haters a piece of her mind.

Lilian has been subjected to online bullying and trolling since news of her relationship with veteran rapper Juliani emerged. Because before then I doubt anyone was ever concerned about her existence.

Some of her fans have continuously questioned her on her lack of skills when it comes to drawing eyebrows. Not that many of us have that skill anyway.

Her way of doing them included chopping them off a little. And her fans were seemingly disturbed by the design. See picture

Some of her fans did not shy away from informing her that they didn’t like her eyebrows.

But Lilian did not hesitate to answer them. For those that are concerned about my eyebrows, since it’s clear that you have time, scroll to year’s back and see how far back your kind started commenting on my eyebrows. And so many years later, I still keep doing as I please with them. She wrote under one of her pics.

In a recent insta story, Lilian laughed at the fact that most of the people who troll her are very ashy.

It was not clear to whom the message was directed, but looks like someone had stepped on some live wires.

How come the ones always commenting ‘oh you look like this, like that are the most faded ashiest people?’ Bure kabisa! (useless much) wrote Lilian.

She made the first move- Juliani

In other news, in rumors doing rounds online, it is reported that Juliani revealed that Lilian was the one who made the first move.

According to Juliani, he met Lilian at Boniface Mwangi’s event. He showed her some of his projects. And Lilian took his number as she was interested in the projects.

She is reported to have later sent Juliani a message on his birthday. And they began talking. “She sent me a message on my birthday and we started having random conversations. I think she was attracted to my conversation on philosophy and she wanted to find out more. However, we hardly met thereafter.

She even opened up to Juliani about her situation with the Machakos governor and the decision she had arrived at. Juliani was thereby available to offer a shoulder to lean on. Their friendship blossomed into a relationship. And the rest is history.