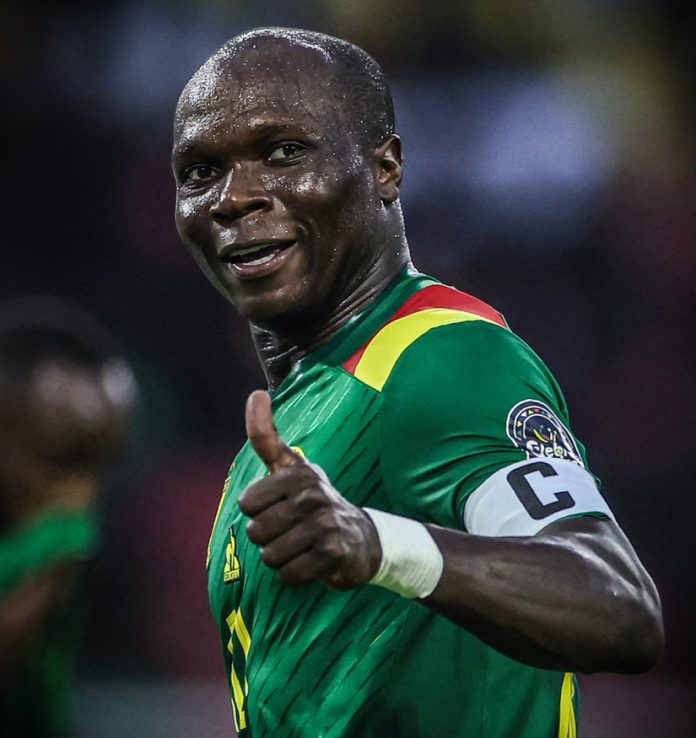 Cameroon captain Vincent Aboubakar scored twice in matchday 1 of the Africa Cup of Nations to achieve what no player from the other 23 title contenders managed in their initial outing.

When the African football showpiece expanded from 16 teams to 24 for the last tournament in Egypt three years ago, 27 goals were scored in 12 matchday 1 games.

But goals have been extremely scarce in Cameroon with just 12 in 12 matches, leading SuperSportTV analyst and former Nigeria star Jay-Jay Okocha to say “we need to see the ball in the net much more often”.

Matchday 2 in the group phase runs from Thursday through Sunday and supersport.com takes a group-by-group look at what lies ahead with countries chasing 16 second-round places.

The first places in the round of 16 can be secured by Cameroon and Cape Verde in Yaounde on Thursday if they defeat Ethiopia and Burkina Faso respectively.

Maximum points would give the Indomitable Lions and Blue Sharks six points each, leaving the other two teams to fight for third place and possible qualification when they meet in the final round.

Cameroon should succeed against nimble but limited Ethiopia, but Burkina Faso could overcome Cape Verde if they eliminate the ill discipline that enabled Aboubakar to convert two penalties.

Liverpool duo Sadio Mane of Senegal and Naby Keita of Guinea come face to face in a top-of-the-table showdown in Bafoussam on Friday with the winners virtually guaranteed a last-16 slot.

Neither Senegal nor Guinea impressed in solitary-goal wins over Zimbabwe and Malawi respectively with the Teranga Lions, one of the title favourites, held for 96 minutes before Mane scored off a penalty.

Reigning African Footballer of the Year Mane said he “did not want to make excuses but the mid-afternoon heat when playing Zimbabwe and a lack of warm-up matches due to the coronavirus had an impact”.

Ghana, whose last of four Cup of Nations triumphs came 40 years ago, tackle Gabon on Friday in a Yaounde clash set to decide who finishes second behind likely section winners Morocco.

Aaron Boupendza, who led the Gabon attack in the absence of Covid-stricken Arsenal forward Pierre-Emerick Aubameyang, scored the goal that secured victory over the Comoros.

With so much at stake this promises to be a close encounter, while Morocco are likely to follow up a win over Ghana by securing three more points at the expense of the Comorans.

Mohamed Salah-captained Egypt dare not lose to Guinea-Bissau on Saturday in Garoua if they hope to go all the way in Cameroon and win a record-extending eighth title.

Portuguese coach Carlos Queiroz was furious after the loss to Nigeria, labelling the performance “very poor. We started playing only in the second half.”

Nigeria face limited Sudan next and are poised to finish first and face a third-placed team in the second round while Egypt will probably meet title-holders Algeria or the Ivory Coast if they come second.

Any thoughts Algeria and fellow two-time champions Ivory Coast had of comfortable passages into the knockout phase surely disappeared after the first series of group matches in Douala.

Sierra Leone held the Algerians, who are 79 places higher in the world rankings, and more clinical finishing by Equatorial Guinea could have prevented a solitary-goal loss to the Ivorians.

The confidence of the underdogs must have risen after gallant performances and the Sierra Leoneans face Ivory Coast and the Equatoguineans meet Algeria on Sunday.

Gambia, having celebrated their debut after 16 failed qualifying attempts with a victory over Mauritania, face co-leaders Mali knowing even one point would be enough to book a last-16 place.

While Mali and Tunisia remain favourites to occupy the two automatic qualifying places, any third-place team collecting four points are likely to advance as well.

Tunisia, fuming after the referee blew the end of a loss to Mali three minutes before he should have, face Mauritania, a nation they were surprisingly held by at the last Cup of Nations.